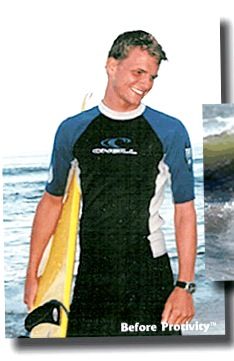 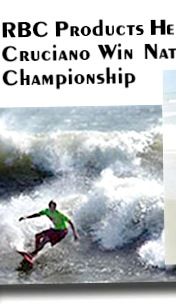 What Casey had to say:

“It was a thrill of a lifetime. My best competition ever. I had more on my side than just the right board and surfing conditions. In the previous months I had put on 15 lbs of muscle mass by using Protivity™.

I consistently took Microhydrin® to give me

the energy to make it through multiple daily heats. When I needed an extra boost of strength and energy… I used the Power Pack. I felt I had a mental edge going into the competition knowing my body was in top condition thanks to hard work and the RBC products.

Of course, I would have never been able to compete in the first place if it wasn’t for the incredible RBC opportunity which provided me with an income and the free time to train. I am currently a Diamond Director, a position I built while in college. RBC has helped me learn about business outside the classroom while paying for my time in it.»

The surf conditions were great with 3 to 5 foot waves. Over 600 surfers from three coasts — east, west, and gulf – as well as Hawaii were in Oceanside, CA to compete for a most prestigious surfing title. It was early summer and for 9 grueling days in a tightly contested competition the battles were waged – wave on wave. In the end there was one man who stood above the rest. One surfer who would be proclaimed the Men’s United States Surfing Champ…Casey Cruciano.

All the information and articles on this website are intended for educational purposes only.

They should not be regarded or relied on as medical advice.

This information has not been evaluated by the FDA.

RBC products are not intended to diagnose, treat, cure or prevent any disease.

Results may vary from person to person. Please consult your health

practitioner if you have health problems. 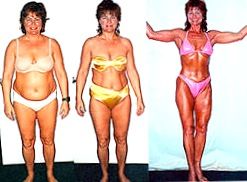 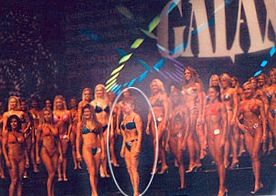 Imagine dedicating 11 months to eating healthy, exercising and taking quality nutritional products in an effort to transform your body and reach your goals. It takes determination, motivation and a lot of hard work…but WOW, what a payoff!In 11 months, Melodie has changed her body and changed her life. At the age of 50, Melodie is reaching goals that could bring envy from women half her age. After losing 53 pounds and over 22 inches using BioShape™, Protivity™, Microhydrin®, Spirulina and other RBC products, Melodie has a new life and a new mission…to be a role model to women in her age group who want to change their bodies.After transforming her body, Melodie competed in the Ms. Galaxy contest. As you can see in the photo below, she was placed front and center among the contestants. After shying away from a bikini for over a decade, Melodie gained the confidence to show off her new figure on stage in front of hundreds of applauding audience members and judges. The following weekend, she competed in a local figure contest called the Gold Cup Classic.Melodie has truly transformed herself and we congratulate her on this outstanding achievement. She is an inspiration to all women.

Three out of 5 adults are overweight. One in 4 adults are obese. Thirteen percent of children are overweight. This is in a country full of diet books, videos, weight machines, treadmills and fitness memberships. Something is wrong.Royal BodyCare is doing something about it. We have developed products that will make weight loss easier, safer, more effective, and most importantly…permanent.Our products can make it easier to launch a new, healthy lifestyle that will help you look and feel better than you ever thought possible.

and suppress your appetite

fat rather than store it.

Helps you stay on your weight loss program while providing whole food nutrition in one convenient drink. 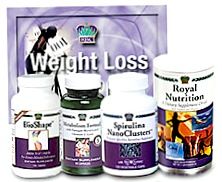 or sign up and receive a money saving introductory pack!

Royal BodyCare merged with Light Force in the summer of 1996.

References below to Light Force were written in 1996 prior to this merger!

All of the products mentioned below are available through Royal BodyCare!